This article originally appeared on Quartz.

"Where did you put the smoke?"

That’s when you know a village demo is going well. It’s one of the best reactions we get in the field when we take our stove out into a public space, light a fire with a few pieces of wood, and gather a crowd just as a bright orange flame pops out from the top of the unit. The moment is mesmerizing, and if things go our way, potentially life-saving. Half the planet currently cooks on smoky open fires, resulting in four million premature deaths annually. It’s devastating. And it’s the driving force behind why we developed the HomeStove, a biomass-burning stove that cuts fuel consumption in half while reducing toxic emissions by 90%. We’re on a mission to bring a safe, affordable alternative to these dangerous fires in a way that is compelling to households and in line with cultural practices.

So to get back to the question at hand: where did we put the smoke? Our customers are used to seeing wood fires smoking and they see a certain magic in making the smoke disappear. But it’s not magic; it’s physics. And we didn’t put the smoke anywhere — we burned it. It’s what my colleague Venky, and I spend hours in BioLite’s Burn Lab (yes, a burn lab) doing everyday.

Any good fire is made up of three components known as the “fire triangle:” fuel, oxygen, and overall temperature. When you properly mix oxygen and fuel in a fire, combustion improves, raising overall temperature — which — you guessed it — further improves combustion. This allows particles to burn more easily and efficiently before they have a chance to escape the fire.

Whether it’s the smoke from a campfire in Yellowstone or the smoke from a three-stone fire in Uganda, smoke is wasted fuel. Smoke is particulate matter, stuff that can be combusted, burned, put to good use inside your fire. Think about it this way: when you see a car chugging down the street with thick, black clouds coming out of the tailpipe, you’d think that’s a badly tuned car, right? Well guess what: smoky fires are badly tuned fires, even if you’re using a solid fuel like wood. As full-time combustion engineers, Venky and I don’t let that happen — we measure the emissions of the HomeStove in our burn lab and calibrate the optimal “fire triangle” by injecting the right amount of air where it’s needed.

Airflow & Thermoelectrics: The History of (and Key to) Our Combustion

The HomeStove relies on a steady flow rate of air into the burn chamber in order to optimize combustion. We utilize a small internal fan connected to a circuit board, which allows us to control exactly how much air is introduced. While the specific geometry is complicated, the concept is fairly simple — or so you would think. This was actually one of the biggest hurdles we faced in our early prototypes as a company: how do you power a fan when power is not readily available?

1.2 billion people lack reliable access to electricity — those are our customers.

We needed to figure out a way to keep a fan going consistently that didn’t require an external source of energy; outlets are few and far between, and batteries run out. So we looked to the fire itself and found our answer.

Enter thermoelectrics: basically what solar panels do with the sun, thermoelectric generators (TEGs) do with heat. With the integration of a TEG, we were able to convert wasted heat from the fire into usable electricity that could power an internal fan and offer surplus electricity via USB to charge small devices. We had a completely self- contained system that could run as long as the fire was burning.

Our early prototypes weren’t pretty: their fire triangles were definitely lopsided, but with the help of the Autodesk Entrepreneur Program we were able to get our hands on Computational Fluid Dynamics (CFD) modeling software that allowed us to take look inside the stove and see what was actually going on.

CFD allows us to literally see our Fire Triangle in action: the simulation above represents smoke, heat, and air and you can see how different ratios yield different results. Tools like this are critical to helping us identify all the variables that go into a perfect fire.

Inside Our Lab Today

Four generations of prototypes later, we’ve got over 15,000 HomeStoves out in customer’s homes, but we’re far from done. We’ve built a team of engineers who have worked on spaceships, electric vehicles and battery power for Google servers. Every day the team tests the performance of our stove, trying out different variables such as fuel type, ambient temperature, and even the types of pots you might find sitting on top of the stove which has an impact on airflow.

Venky and I spend most of our time in the BioLite Lab — so let’s take you on a quick house tour to give you an idea of what our days are like:

Together, our team has literally reinvented fire and built a stove that is impacting the well-being of families worldwide as well as the health of our planet. We’ve gotten 15,000 HomeStoves out there to date, but there is always room to improve.

We are constantly adjusting our fire triangles to make sure that the HomeStove’s emissions are as low as possible while yielding the highest electricity output. At the same time we are always looking for ways to make our stoves more durable, most recently this has meant custom building an upgraded durability test rig to use on our overnight burn tests to ensure that our stoves hold up over time.

These countless hours in the lab each day result in incremental improvements that make a huge difference to our customers in emerging markets. Our optimizations mean less smoke being inhaled, less time collecting fuel each week, and more electricity to power a phone to conduct business or keep the lights on a bit longer at night.

Coming from someone who used to design rocket engines, I’ll tell you that burning wood, as simple as it sounds, is one of the most advanced technologies I’ve ever worked on. 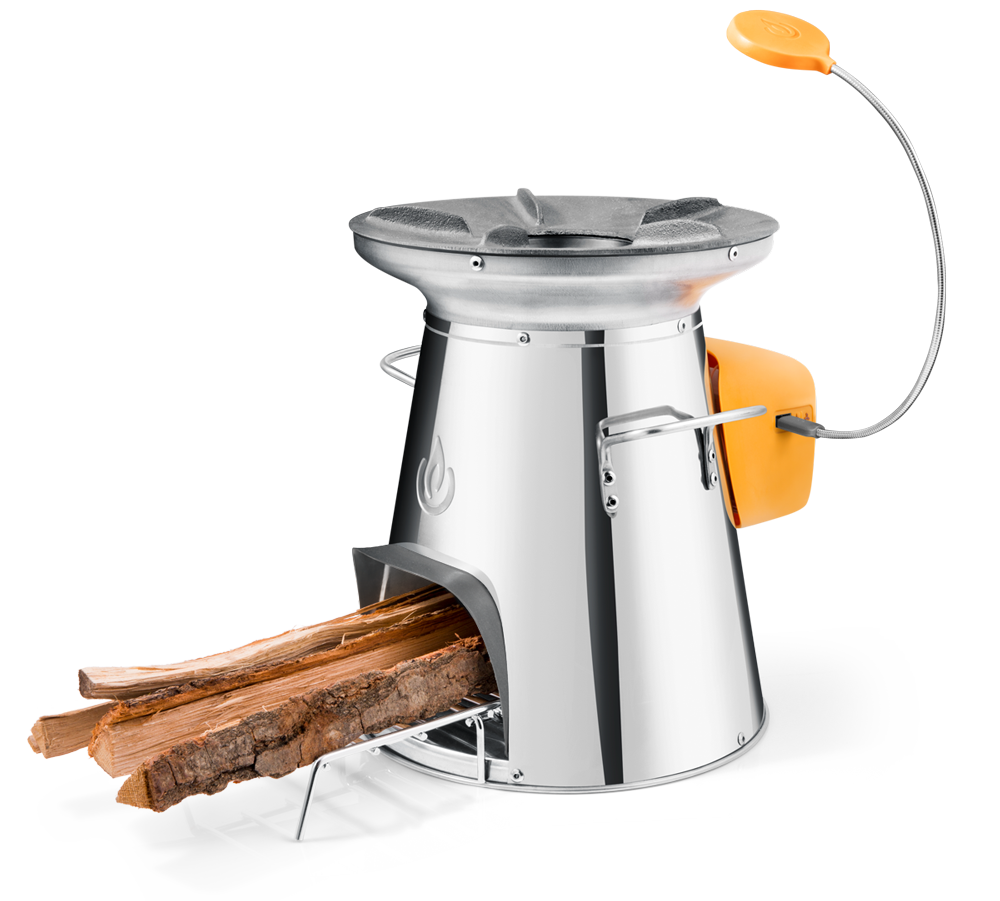