Editor’s Note: As we tackle our 2019 Outdoor Resolutions, we caught up with HeadLamp beta-tester Priya Mareedu (you might recognize her picture from the HeadLamp Kickstarter Campaign - she didn’t just pose for that nice image of our product in use, she is an actual adventurer who was one of the first people to put HeadLamp 330 to the test on a trek).

Rather than sharing an in-depth review of the product, Priya thought she’d tell us about the adventure she took HeadLamp on to get us excited about our own trips this year. We’ll let her take it away.

We live in a world of constraints: time, money, location—they all determine what we can do and who we can be. But for sixty hours every weekend, we are free. Once the clock strikes 5pm on Friday, we can challenge ourselves to make the most out of every moment until 9am on Monday. You’ll be surprised to see just how much you can accomplish in those sixty hours.

A year ago, I had never set foot on a mountain—or hiked for more than an hour. One of my biggest fears was (and still is) my fear of heights. Up until recently, even the thought of using a ladder scared me. Then, Chris Brinlee, Jr. and our friend Hilary Matheson took me for a scramble up Tricouni Peak outside of Squamish. The experience left me terrified, but feeling so alive. The next weekend, it was my first trip backpacking in the wilderness. Then I went rock climbing for the first time. Each of these experiences left me feeling elated. What I have discovered is that these 60 hours allow me to experience just the right amount of time outside my comfort zone and I’ve decided to commit to making these weekend adventures a priority. This summer I headed out on one such adventure to Fox Glacier with my new BioLite HeadLamp in my pack.

Glaciers are constant moving and as such, they possess incredible features like crevasses, ice caves, and a volatile terminus face, where ice and rockfalls occur. Fox Glacier which falls 8,500’ and is nearly nine miles long, is one of only a few glaciers in the world that dips down into a temperate rainforest. That, combined with the fact that its terminus face is located just an hour from Fox Glacier Town (a five minute drive and a 50 minute hike), make for unparalleled access to one of the world’s most dynamic geological features. Most guided tours require a helicopter both in and out—but since my adventure buddies were Ryan Colley (a Fox Glacier Guide) and Chris (an alpinist), I would be in for the full mountain experience.

Landing on the Glacier The helicopter dropped us off onto what seemed like a new planet. Towering walls of ice and rock surrounded the landing zone on all sides; they were so high that even when I lifted my head I could barely see their tops. The perspective looking down was equally overwhelming.

Shortly after landing, we came to a crevasse and were presented with two options: down climb or set up an anchor and use a rope to lower. Totally new to glacier hiking and ice climbing, I asked to be lowered. I knew the systems from rock climbing: how to tie-in; do double-checks; and knew that the rope would hold me—but in that moment I realized that what I didn't know out weighed what I did. In my mind I thought that glacier ice and the snow that I had seen in my backyard were the same. I couldn't comprehend how the ice was supposed to hold my weight. To keep moving forward, I would have to take a leap of faith—literally. After a few minutes of contemplation, I mustered the courage to lower into the crevasse. Chris and Ryan down climbed after me and we continued moving deeper into the glacier.

Every fifty meters the ice kept throwing us curve balls: tight squeezes, exposed steps, and then another lower to the area where we would set up the roped ice climbs. By the time we got to the climbing zone, I was mentally exhausted. It started raining and so I found shelter under an overhung ice wall.

As the weather continued to deteriorate, Ryan suggested wrapping up; as Chris was on his way to clean the wall, I shouted out, “I want to try.” I grabbed the ice tools and I dashed up the wall, practicing the techniques that they taught me earlier in the day. The first few movements were a bit frightening, but as soon as I got the swing of things I couldn't believe how much fun I was having and how comfortable I felt on the wall. I topped out at the anchor, 20-meters above where I had started, and came down with the biggest smile on my face.

As soon as I finished, we began our descent. Helicopters had stopped running due to weather, which meant that our walk out would be four hours longer than planned. Two ice caves and multiple crevasses later, we came to the next crux of the day. To transition from the glacier to the moraine (a rocky feature at the glacier’s edges) we would have to rope up and down climb through the icefall along exposed icy fins covered in grit. It proved to be the hardest and most mentally-taxing part of my day, with exposure that was well beyond my comfort zone. At that point, we were no longer glacier hiking—we were mountaineering.

I had never felt so much relief as I did when we got off the ice, but that relief was short lived as we entered what was actually the area’s most dangerous feature. To reach the valley floor, we had to scramble through “Suicide Alley,” a serious and sustained rockfall zone. (If I knew what the gully was called beforehand, I would have never gone through it). Night fell as we reached the valley floor, so we donned our new HeadLamps to light the hike out. Being able to illuminate the path in front of me and know that this light wouldn’t run out (thanks to the easy to read charge indicator) made all of the difference in my confidence to keep going. When we reached the car I was exhausted—not entirely because I physically spent, but because I was mentally drained from facing my fears all day. My willingness to feel fear has placed me in many situations where I felt paralyzed; those experiences force action and growth which ultimately allow me to feel more alive. After our exhausting ten hour mountain mission, we spent the next day recovering, resting, and reminiscing. We had set out to make the most out of sixty hours; but for me it turned into one of my life’s greatest adventures. What more could I want out of life than a well-executed 60 Hour Adventure like this one would provide?

As you head out to tackle your own weekend adventures and face fears along the way here’s my advice for making them happen:

We only get sixty hours of freedom per week. Excuses, improperly prioritized obligations, and distractions can easily whittle that down to only a few. The solution? Look ahead and make a plan (just plan to go somewhere and do something that will excite or challenge you)—and then stick to that commitment to just get outside.

2. Don't Be Afraid to Pivot

The thing is though, things don’t always go according to plan, especially when it comes to outdoor adventures. Be flexible and open to adapting your original plan when unintended situations arise.

As humans we are meant to evolve; to learn; to grow. The process can be scary, but it’s worth mustering up the courage to face your fears. This is best experienced with people who you trust.

4. Know Where to Place Your Trust (When it Comes to Team & Gear)

Showing up for a mission is only part of the equation. Experiences are enabled and enhanced with the right gear and the right people around you. Just as we carefully choose the team for our missions, so too should we choose the right gear. I can’t imagine facing my fears with people that I didn’t trust; the same goes for my crampons. Since our mission led us well into the darkest hour, we couldn’t have gotten down safely without our HeadLamps. My advice: make a packing checklist before each trip and reference it closely as you’re gathering stuff.

5. Just Get Out There

It doesn’t matter where you go or what you do, so long as you do go. Don’t get overwhelmed by trying to go too far from home or accomplish everything at once. Some of my most memorable experiences have been of sleeping under the stars above city lights, out of earshot from traffic while surrounded by scented pines. That’s a 60 Hour Adventure. I’d suggest making a list of all the places you want to explore and just start checking them off the list one by one.

Ready to tackle your own 60 Hour Adventure? Share how it went by tagging us in your Instagram story.

Shop Products From This Article 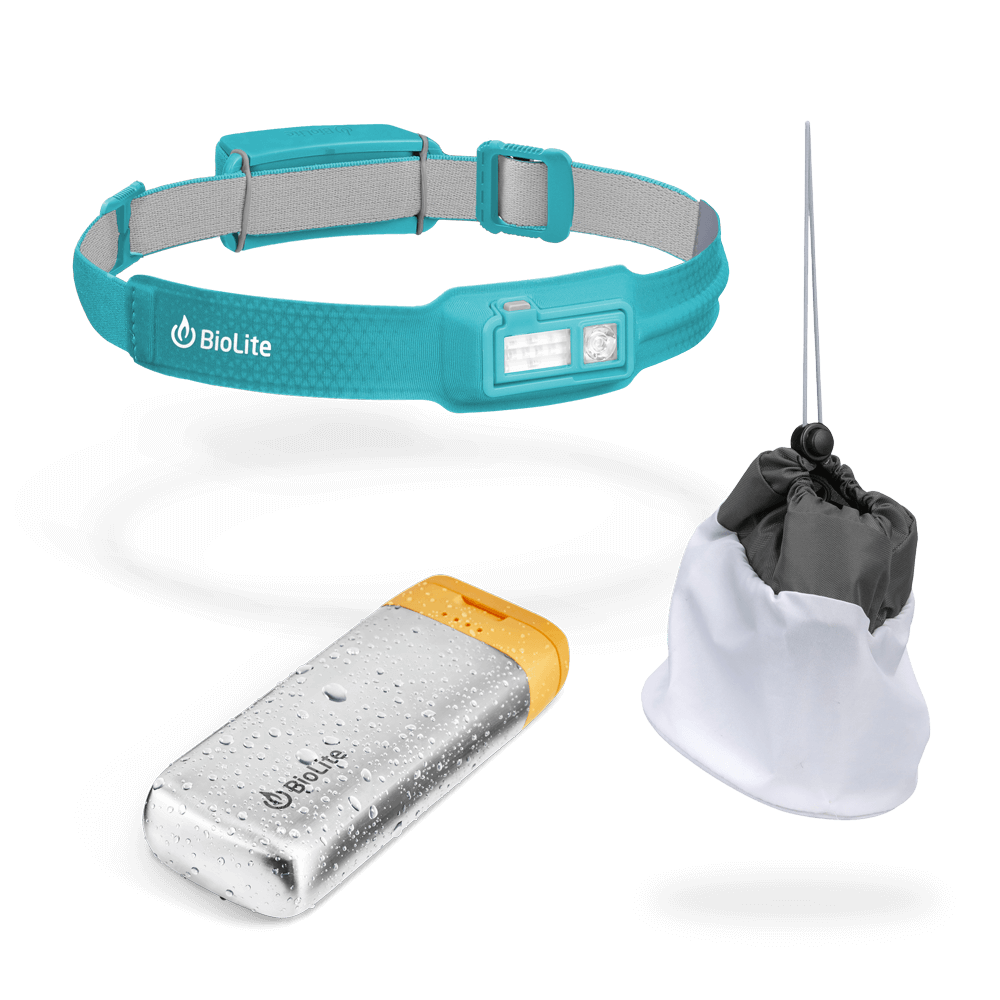 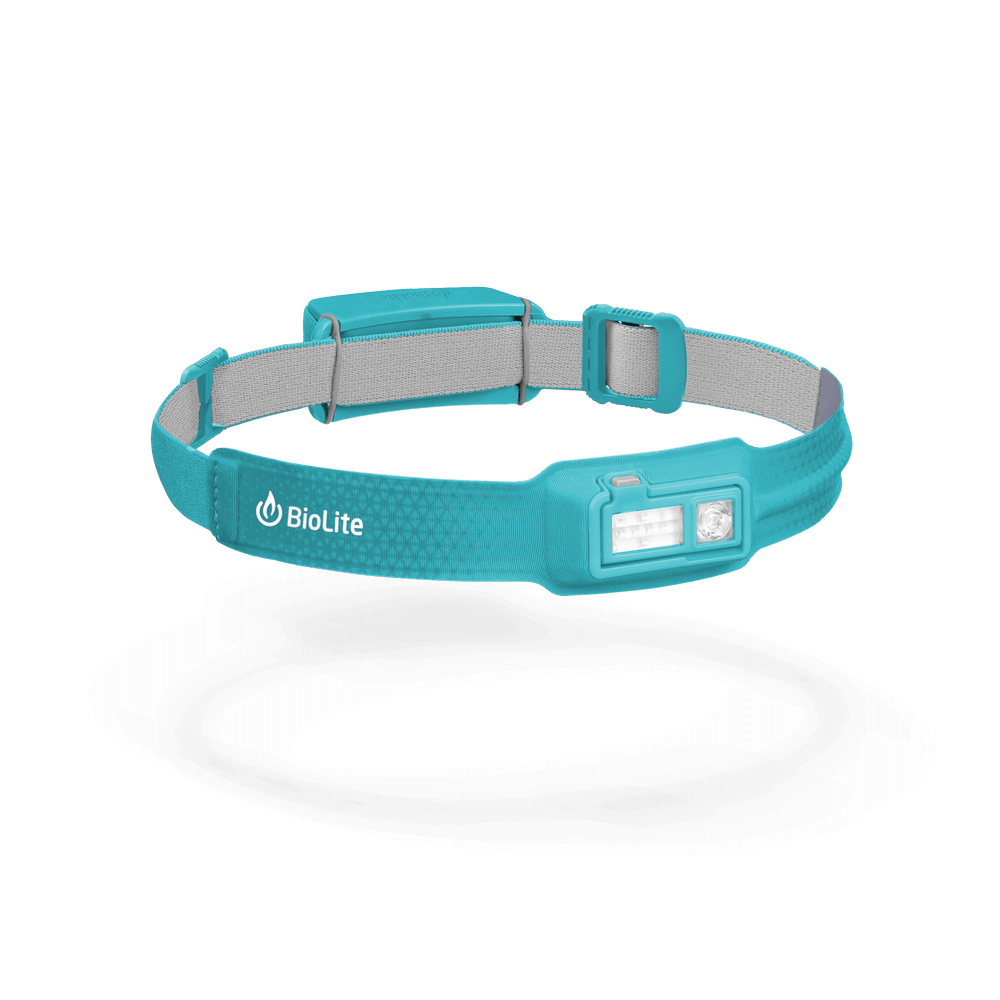