Inside the Tech: BioLite Solar

Editor's Note, 2019: This post originally appeared in March of 2016 with the launch of the SolarPanel 5 Series, our first step into solar. We had such a good time putting this video together and all the details hold true for SolarPanel 10+ (where we just doubled the power). Check out the video below and read on for an interview with our product team on why setup is so dang important for solar.

How do you Un-Suck a Solar Panel?

We sat down with a few members of the Solar Team to learn more about their experience designing a panel that gets the most power possible from the sun.

Tell us about a problem that you were excited to solve during this project.

Anton, Director of Design: "Most solar panels are generic. They look and function similarly but when it comes down to it, they aren’t designed to help you get the most charge from the sun. I was excited by the opportunity to design a simple panel that was intuitive for people to use.”

Steve, Director of Manufacturing: "On the manufacturing side, we saw a lot of panels on the market using materials that make them unnecessarily thick. We wanted to create a panel that was much thinner but just as durable. It took significant time and effort to dial in but ultimately we found a lamination and laser cutting process that resulted in the thin panel we were hoping for.”

Andrew, Product Development: “We wanted to design a panel with an improved feature set that was different from the other solar panels on the market and not too expensive."

Monte, Engineer: "Developing a charging software that could maximize energy output under a wide range of sun conditions was a challenge that I was excited to tackle."

Which aspects of the SolarPanels are you proud of?

Anton: ﻿"While we use the same technology as highly efficient monochrystaline photovoltaic cells, the SolarPanel 5 and 5+ will drastically improve your charging output. The sundial and kickstand work together to help you align perfectly to the sun.”

Steve: ﻿I love knowing that the panel will automatically reconnect to my phone after a cloud passes."

Tracy:  I’m really excited that we were able to pack such sophisticated software into such a small space (see the orange bar on your panel)."

How are you using the SolarPanels now?

Andrew: "On the handful of sunny days we've had this year, I've thrown the 5+ in my backpack and brought it along with me as a backup charger wherever I'm going in the city.”

Steve: "I like to pair my SolarPanel 5+ with a PowerLight Mini on camping trips. When the sun goes down, I'll top off my lantern for use that night, and use the remaining juice in the SolarPanel's onboard storage to give my phone a boost."

Monte: "When I was back home in Australia, I spent some time living in an off-grid mountain cabin and used the Solar Kit to keep my devices charged and the space well lit.”

Shop Products From This Article 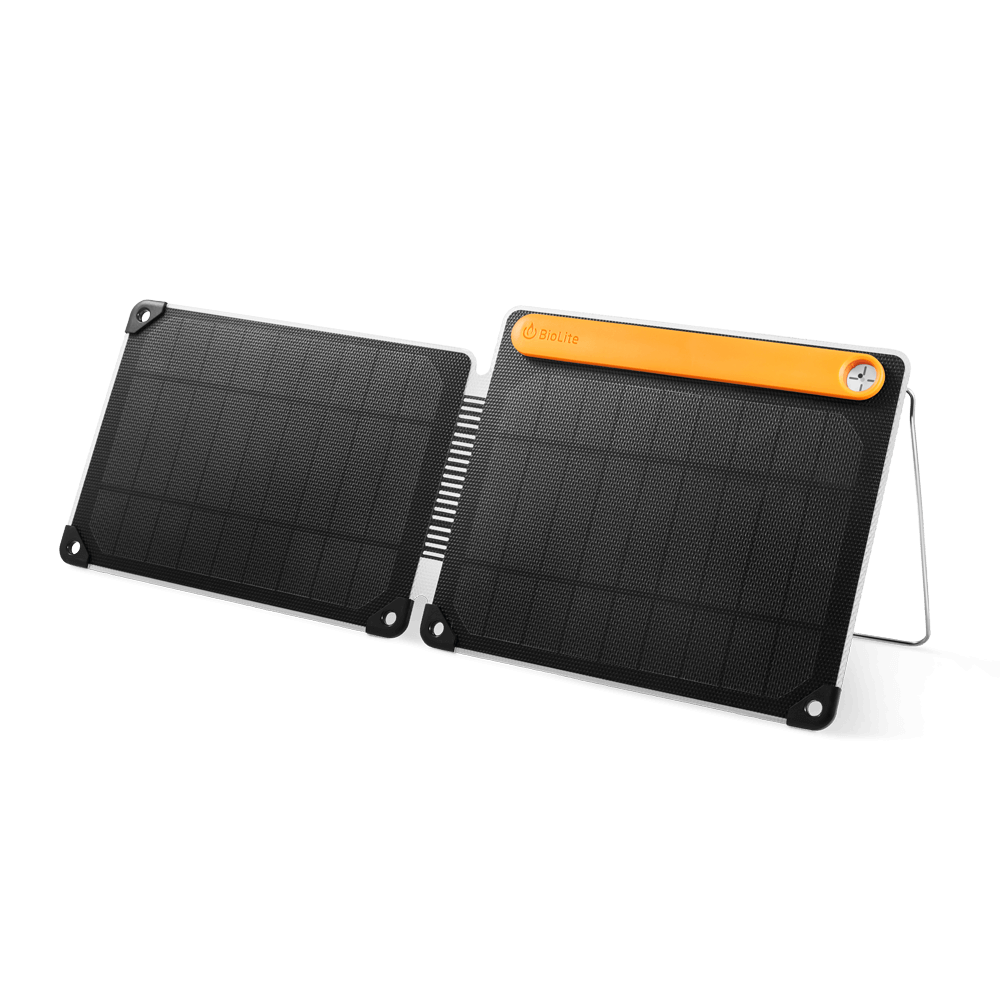